Born in Prague, Czechoslovakia in 1973 to Parents Henry and Alena Pavlik, Roman Pavlik moved around the world in his childhood. He moved to Melbourne, Australia in 1977 and learned English, as well as Cricket, Australian Rules Football, and Basketball. Roman moved to Portland, Maine in 1987 and went to Cheverus High School, graduated in 1991 as Valedictorian, and was the #1 high School Tennis player in the state. He was later inducted Into Hall of Fame for Cheverus High School Tennis. Roman was offered a full scholarship to Bryant University in 1991, taking an 18-month break in 1994 to play the Pro Tennis Circuit and played against players ranked as high as #40 and defeated players ranked as high as the 700s. After he turned to Bryant, Roman graduated in 1996 ranked #6 NCAA II National Tennis Ranking and in 2002, Bryan University inducted him into their Hall of Fame for Tennis.

Roman is just as passionate about Real Estate as he is about Tennis! In 1998 he launched his career in real estate and financing as has achieved incredible success since. He became the owner of Remax Properties in 2003 and later joined Keller Williams Luxury homes and represented banks like Wells Fargo, Bank of America, and Chase in corporate real estate in 2007. Having sold 210 homes in 2011, he was ranked as #4 Keller Williams Worldwide. Roman represented Invitation Homes as President For Miami/Fort Lauderdale/Palm Beach regions in 2012 and bought, renovated, rented, and set up property management for approx 5000 homes and went Public via IPO in 2017. In 2015, Roman merged with Laurie Reader Real Estate and became Director of Luxury and Sports & Entertainment Division for Laurie Reader Luxury. He became an international sales representative for Accelerated Sale exclusively for homes over $2,5m with Supreme Auctions in 2019 and has sold over 100 properties between $1m and $10m. Roman is a National Luxury Homes Speaker and is highly recommended on WIOD 610 AM Radio by Jimmy Cefalo, Brian Mudd, Sean Hannity, Glenn Beck, Dave Ramsey

In Roman's personal life, he has been married to his beautiful wife, Natali for over 10 years and they welcomed their daughter Alexa Pavlik in 2013 and then their son, Max Pavlik in 2016. 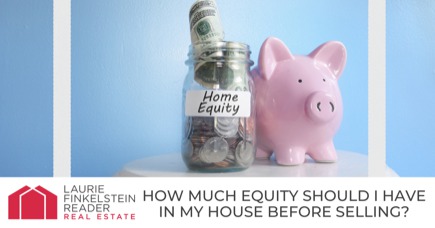 How Much Equity Should I Have in My House Before Selling?