When driving around the city of Plantation, Florida, it's sometimes hard to believe that it's part of the South Florida Metro area. Despite being in an urban place just west of the Fort Lauderdale community, it's not unusual to see new construction homes with some horses or a milk cow on the property. Parts of Plantation feel rural, even though the medical, technology, and scientific research sectors are some of the city's biggest employers.

Overall, Plantation has a stable economy with excellent job growth projections over the next few years. Read on for a general overview of the economy in Plantation, Florida. 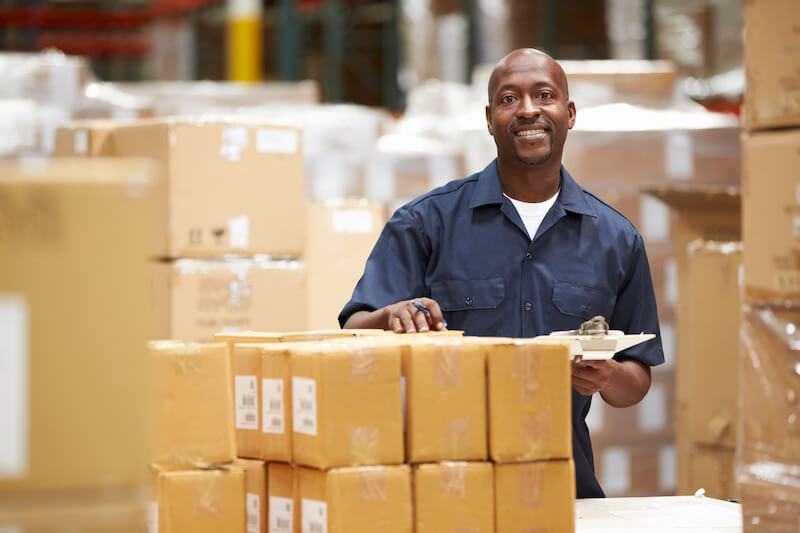 Plantation has approximately 5,400 businesses within its city limits. This number includes large companies with thousands of employees to smaller businesses like unique, locally owned retail shops and restaurants. The business and financial district in the city's center is known as "Midtown Plantation," and it encompasses about 850 planned community acres.

Some of the largest companies operating in Plantation include:

Plantation offers its residents plenty of different career options, and there are even more available to those who don't mind commuting to other nearby communities like Davie, Sunrise, and Fort Lauderdale.

Florida's tax rates make it a desirable place to live, work, or do business. There is no state income tax, and the sales tax in Plantation is 6%.

Year-over-year job growth in the city was 1.9 percent. The job market in Plantation is projected to expand by 38.9 percent over the next 10 years (three points above the national average). 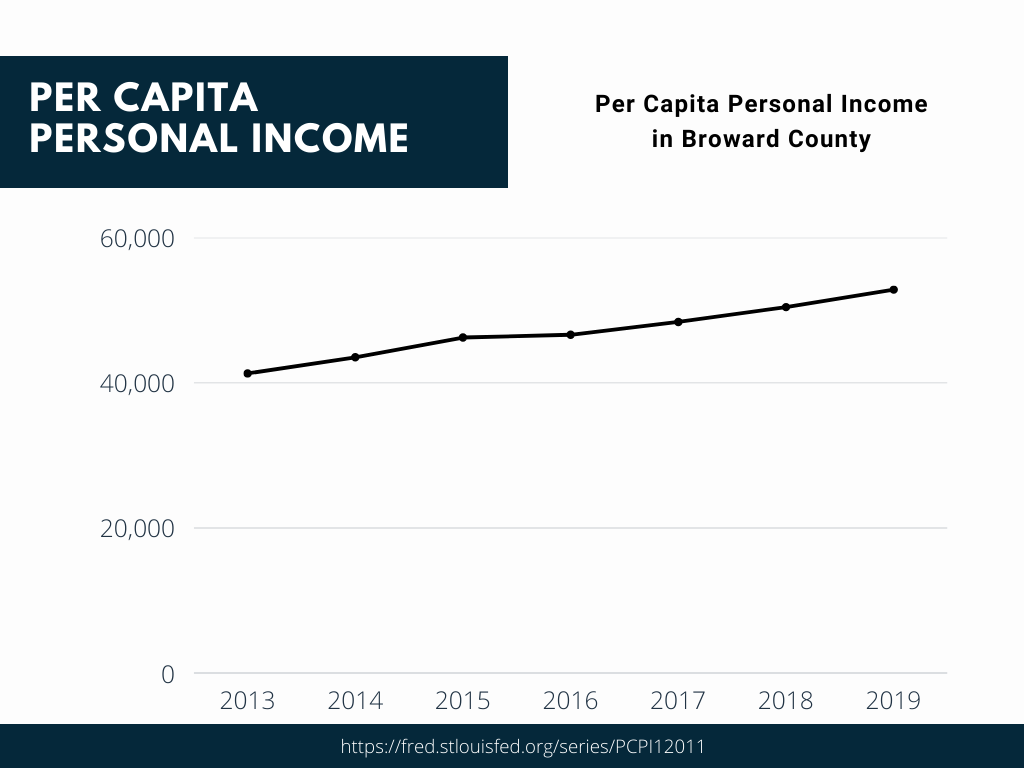 Here are the top job types in Plantation, according to the US Census Bureau, and the median salary for each position:

The current median property value in Plantation is around $485,000. Data USA estimates that the average work commute time for people living here is about 24 minutes. About 64% of the city's population are homeowners, with the other 36% renting.

Property taxes in Plantation are a bit higher than the national average. Most households pay approximately $3,000 annually, primarily offset by the state charging no income tax.

The unemployment rate in Plantation is well below the national average at 4.3 percent.

Plantation has a workforce of approximately 50,000 people spread across all its industries. Sales and related occupations account for around 7,000 of those employees. Management occupations accounted for about 6,700 jobs in 2019, and another 6,400 worked in office and administrative support. 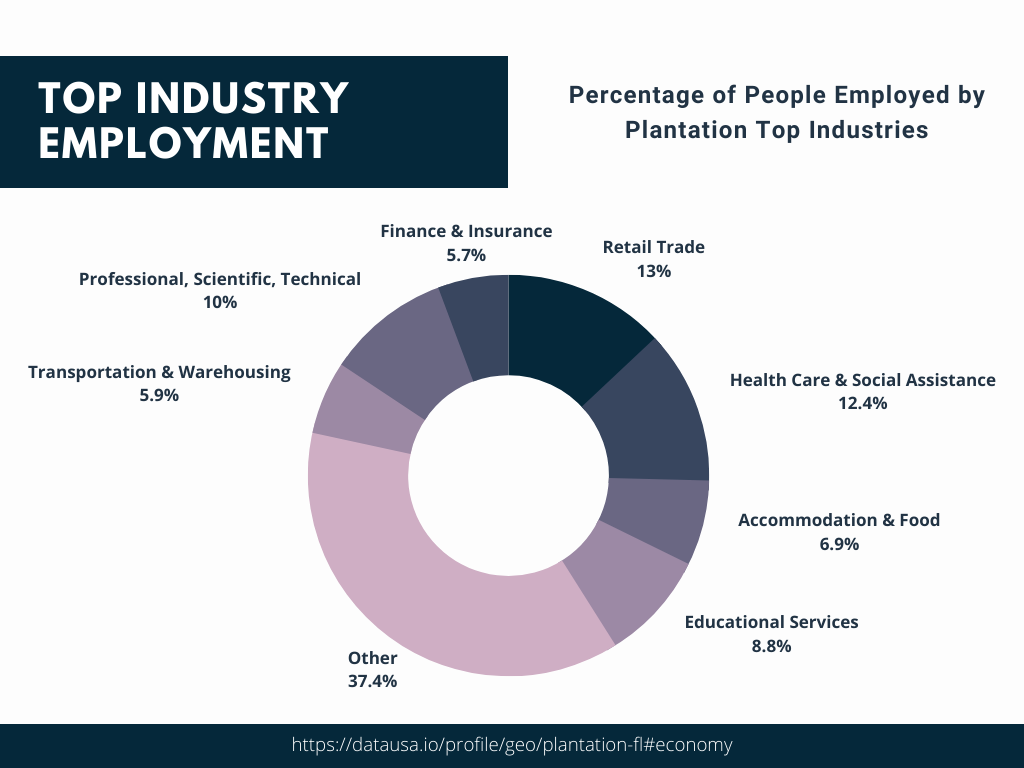 The city has a particularly thriving legal sector. While around 1,200 people in legal professions work in Plantation, that is a rate that is 2.1 times higher (more employees) than in comparably sized cities in the US.

Here is a breakdown of just a few of the job industries in Plantation, based on the percentage of the workforce employed in each sector:

Tourism is one industry that hasn't been mentioned here yet. The cruise line Virgin Voyages is headquartered in Plantation and plans to add hundreds of new jobs in the coming years. The company currently operates two ships carrying up to 2,700 passengers each (and crew). Two additional ships of the same size will begin sailing in 2023.

Broward County enjoyed record-high tourist visits in the first quarter of 2022. The hotels and hospitality industry is near full employment, with additional jobs expected to be added in the coming years as the Plantation area grows in popularity with visitors.

Live, Work, and Play in Plantation

Plantation is a wonderful city to live and work in, and the job outlook as Florida's economy grows is looking very bright. The insurance and healthcare sectors remain incredibly strong, with tourism and retail expected to grow over the next 10 years. Median incomes and property values should also see nice increases. These factors make the city a highly desirable place to move to in the coming years.